Classification and Rating Administration at the MPAA

What role do parents play in the ratings process?

There are no MPAA members on the board, just parents. We are separate from the MPAA in that we are separately funded, and CARA hires parents directly to make up the committee. CARA is an independent entity under the umbrella of the MPAA and has existed since 1968.

We’re charged to rate the film in the way we believe the majority of American parents would rate the film. To keep up to date, we survey parents on how they feel about violence, drug use, sexuality, and so on. Obviously we do this across the country, since different pockets of the U.S. feel differently about some of these issues.

We try to hire parents from different parts of the country and of different backgrounds, usually with kids aged 5 to 15, since that’s the age range that parents make content decisions about. It’s not a permanent job, because you do get desensitized to the material after a while, so there is turnover. There are usually about 10 to 13 parents on the board, and they live in Los Angeles while on the board. We all see the film at the same time and vote privately. Votes are collected by the senior rater, and there is a discussion held about the vote. During that discussion we decide on the final rating and descriptors.

What role do the descriptors, which accompany a rating, play? 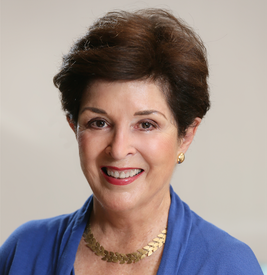 The rating gives the level of content, and the descriptor gives everything present at that rating level. So if you have an R for violence, for example, that means the language and sexuality in the film are not at an R level, or otherwise they would be listed as well. We really want to reach out to parents and instruct them on how to use these descriptors, because they really provide the best information. What does an R mean if you don’t know what it’s for? Every set of parents has different values; some families don’t care as much when it comes to language, others are more concerned about violence, and vice versa. The descriptors allow parents to make the best choices, so we encourage them to use them whenever they can. They give parents a more complete understanding of why a film received the rating that it did.

Unfortunately, there remains a misunderstanding of this at the media level. A lot of the media just say, “It’s R for this” and go on and on about why they think it’s rated a certain way without bothering to even look at the descriptors. The descriptors are part and parcel of the whole thing.

Why do you think that misunderstanding prevails after all these years, that CARA is sometimes mistaken for a censorship organization?

[Former MPAA Head] Jack Valenti told me many times, there had to be a better system than the MPAA telling studios what had to go into a movie. He strongly believed filmmakers should be able to put anything they want in a movie-no censorship. That’s really what the voluntary rating system does-allows filmmakers to make movies the way they want to make them. It gives them more creative latitude to include what they want to include, while also making sure parents are aware of the content.

What leads to the misunderstanding that we are somehow a censorship board is that the distributors or producers, they are a business. They have the bottom line in their heads of what they expect to get out of their investment, and they often have a filmmaker sign a contract for a certain rating. Even though our system is built to allow the filmmaker do whatever they want, and we just put a label on it to indicate the type of content, what happens is that the filmmaker has a separate arrangement with their employer-not with us. That agreement is between the filmmaker and the person paying them. We don’t care if the filmmaker decides to edit down the film or not; as far as we’re concerned, they can leave the film just as it was presented to us.

These media “scandals” come up every now and then. How do you tackle them?

I think one of the main reasons we have been successful is because we treat every film as an attorney would treat a client. We don’t talk about it apart from stating what it’s rated and why. But because we don’t talk about the film, we can get caught in some pretty unfair stories that get floated to the media-people assuming a rating was handed down for one reason or another.

Do you take into account the potential economic impact that your rating decisions can have on specific films?

One of the things we’re careful not to pay any attention to is money. It shouldn’t matter to the parents if a film will or won’t make any money, and we don’t pay attention to the financial aspect in our rating decision.

Do you believe alternative content will seek out ratings as much as commercial films have?

The only alternative content that has been submitted to us have been concerts, and we rate them accordingly. Operas have come in as well, but we’re not seeing too much alternative content. We’re a voluntary system; you don’t need to go through the process unless you are looking for our rating. There does have to be commercial intent, however; one time we got a submission from a man wanting us to give a rating on the home-video footage of the birth of their child. We politely declined.

What is the level of engagement and discussion you have with exhibitors?

The exhibitors are very cooperative, because they’re first down the line if a parent is not happy. The more information they can get out there, the more informed their clientele will be, and the better off everyone is.

How would you describe the relationship with NATO?

The cooperation with NATO has been vital since the very beginning, back in 1968 when Jack Valenti formed the system. NATO agreed to enforce the ratings so the voluntary nature of the ratings system would be taken seriously. It’s important for us to collaborate with NATO members so they can best know how to inform their customers about the ratings. I see the whole thing as a win-win if we all do our job. If parents are not surprised in a negative way by the content, they are more likely to return to the cinema with their families more often.

I understand NATO takes part in the appeal process.

They do. When we give a rating to a submitter, they have several choices: they can accept it; if they think we’re right but don’t want to release the film with that rating, we can engage in a discussion on how to edit or change it to get a lower rating, and they submit it again; if they think we’re wrong, they can go to the appeals board, a separate entity made up of different exhibitors and distributors with NATO filling up half that board.

Are you aware of the impact of a film’s rating internationally? For example, does a foreign film’s rating in its home country influence your own, or have you noticed that your rating usually carries over to other territories?

Certain countries have told me that it does influence them, but you have to be very careful about this. There can be different versions of a film that play in different countries, so you don’t know if you’re actually comparing apples to apples or oranges to apples.

Through CARA you’re in a unique position to watch many of the films that are released in the United States each year. Do you keep track of certain trends that pop up now and then in cinema?

Oh, there can be some awful trends. One year it was scenes involving people throwing up, another it was showing characters actually going to the bathroom-that stuff I notice! Genres come in and out. For a while we had everyone wanting to make a horror movie, and I see that calming down lately; Halloween doesn’t look as packed with horror movies as it used to.